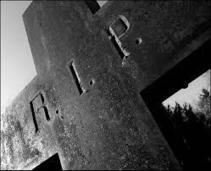 Can the other major TelCo’s be far behind? For so long, established studios have pooh-pooh’d early predictions of ISDN’s demise.  But now, the writing is on the wall. I think it’s time to call the undertaker and buy the burial plot.

Dave is on point as usual. We have been discussing this eventuality for a long time, and that the only way ISDN was going to fall out of the cold, dead fingers of studios was when the telcos decided it was no longer in their best interests to support it. And though this may not be an immediate collapse, this is the snowflake that starts the avalanche. Source Elements, SoundStreak, and the like will use this to take their marketing to studios to another level, and adoption of alternative solutions will probably begin in earnest in the next few years. The king is dying, folks….